For about the first 2 years after I began drinking “better” beer I tried every style I could find. Barleywine, Gose, Biere de Garde, and everything in-between.  Beers that were brewed with the most outlandish of ingredients as well. After that I began to become infatuated with extreme and rare beers.  Anything from the highest ABV and highest IBU to the “one-offs” that cost an arm and a leg or were impossible to find.

With the slew of styles brewed today it’s very easy for an individual to find one that appeals to them.  As we all know, beer runs the gamut from American Adjunct Light Lagers to the most extreme Barrel Aged Sours imaginable.  Even though each beer has its time, place and setting for enjoyment I find myself gravitating back to a few certain styles again and again.  The “old standards” to put it another way.  Beers that, regardless of who may produce it, always hit the spot and never seem to let me down.

Now, don’t get me wrong, I love a 15% Bourbon Barrel Aged Imperial Stout as much as anyone, but I can’t say that it’s something that I want to imbibe in on a regular basis.  I guess because, for me, it requires a great deal of time and effort to drink.  Sometimes I just want to crack a beer open and drink it for what it is and not have it be a chore or an event in itself.  Not that I don’t appreciate the complexity and in-depth contemplation that comes with trying a behemoth or exploring a lip puckering sour but……

Sometimes I get caught up in whatever the new trend in brewing is too.  Be it whisky barrel aged beers, sour IPA’s or root beer and ginger ale styled brews.  Even though all of these progressive brewers and beers are essential in pushing the craft beer movement forward I’m not so sure that these will be the first ones that I reach for when I stumble into a beer store in 5 years.

In thinking about this I decided I would share with you my 5 favorite styles (for today at least) that I revert back to time and time again.

These are in no particular order.

American Pale Ale – I realize that the American India Pale Ale is arguably the most popular craft beer style in the world today, however I tend to lean a bit more toward the regular American Pale Ale.  Sometimes the IPA can be a bit much.  Either it’s never quite balanced well enough for me or the ABV is too high just to have a couple of beers.  Now, I’m a hop head from way back, but the APA suits my style.  Give me a Three Floyds Zombie Dust or Alpha King and I could pound that stuff all day.  Even more popular brands such as Sierra Nevada or Lagunitas never seem to disappoint when it comes to the Pale Ale.  The style has enough sweetness and hop flavor to quench my hop desire and enough malty goodness for complexity.  At times I don’t want the enamel stripping hop bomb character and malty mess that accompanies so many of the IPA’s that I run across these days.

Belgian Style Abbey Tripel – Now, this is a style that I think is one of the most diverse on the planet….  and that’s why I love it so much.  I love the fact that it pairs so well with various foods; I love that it can be drunk throughout the four seasons and I love that it can be quaffed in various surroundings and environments.  It is a super complex style that contains a vast array of flavors.  From the clean, crisp maltiness to the stinging spices to the hop bite the Tripel never disappoints.  I particularly enjoy how the dry and snappy finish really tickles the tongue after each swallow.  The Belgian style, for the most part, is a touch more balanced than it’s American counterpart.  In my opinion it doesn’t get much better than the Westmalle Tripel, Achouffe Tripel or the St. Bernardus Tripel. 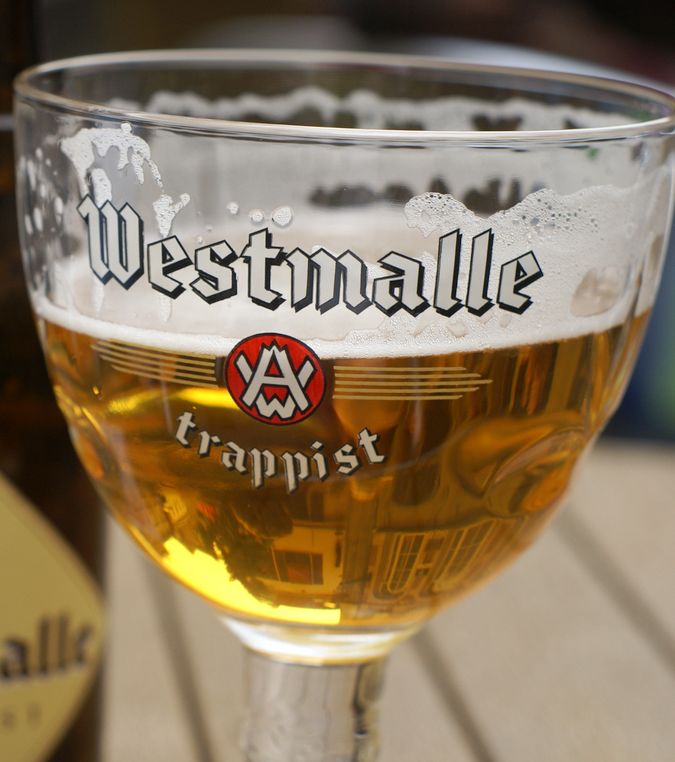 Oude Gueuze – I wasn’t quite sure what to think of the first Gueuze I ever tried.  It wasn’t that I disliked it, yet I didn’t know if I liked it (if that makes sense).  However, the more I tried them and the more I experienced that highly carbonated fizz the more I fell in love with ’em.  I love the artful blending that takes place between the young and the old Lambics.  I love how the sourness and tartness are never too much in a well blended Oude Gueuze.  The “horse blanket” and “barn yard” qualities take some getting used to, but once acquainted not much can fulfill that craving that comes on an early Spring day other than a Gueuze.  There are a lot of great Oude Gueuze’s on the shelves, but my personal favorite is the Drie Fonteinen Oude Gueuze.  Hat’s off to Mr. Armand Debelder for this masterpiece.

Porter – I want a no frills, no nonsense, boring Porter during the Fall and Winter.  I don’t want a cherry infused, triple hopped, cinnamon spiced Porter.  I want the old standard.  This was the first style that really peaked my interest with its history.  The “working man’s beer”.  That really appealed to me for some reason.  No “pinky out”, highfalutin pretentiousness.  Just a blue collared brew with a great flavor and mouthfeel.  I love the roasted malts and chocolate undertones.  The creaminess really gets me too.  When held to the light a Porter is one of the most beautiful beverages on the planet.  The deep brown color shimmering with ruby hues around the edges of the glass topped off with a thick, smooth, tan head makes my mouth water.  To me, it’s hard to beat a great Porter on a cool and crisp evening.  When shopping I always check out the Porter section to see if some of my favorites are there.  Deschutes Black Butte Porter, Fuller’s London Porter and Founders Porter seem to be the ones I gravitate toward.

Belgian Style Saison – When the heat of Summer hits I’m reaching for a Saison.  Man o’ man I love these things.  They are so refreshing and thirst quenching.  I also really dig that peppery spice and “funk”.  Something has to be said about a style that captures the wild yeasts and ferments them into a libation this good.  Again, this is another one that I didn’t care for that much when first tried, however after a few encounters I couldn’t wait until I could crack open another bottle.  Another fun thing about Saisons and the fermentation process that’s intriguing to me is that each batch is slightly different.  The wild yeasts have properties all their own depending on time, temperature and location.  While most remain the same some subtle differences can be ascertained from batch to batch from any given brewery.  For me, Mr. Dany Prignon from Fantome creates the piece de resistance with his various takes on the Saison.  Although, I do enjoy the ever popular Saison DuPont from time to time as well.

Well, these are my favorite beer styles right now.  Let it be known that I enjoy and respect all styles and creations and I’ll never turn down a beer if offered even if it’s one that I don’t particularly care for.  However, if I’m shopping for myself and I want a beer to just kick back, get some great flavor and enjoy…  these are the ones that seem to catch my eye first.

How about you guys?  What are some of your favorite styles?  I’d love to hear from you.  Give me a heads up on a beer or style that you think is great and I’ll try to seek it out and give it a go.  Thanks so much for reading everyone.  I really appreciate it.

Posted by Beer Apprentice on November 24, 2015 in Beer Styles, Uncategorized

Hey guys.  It’s been two years since I have written a blog post about craft beer.  I had a nice, long break, but I figured it was about time that I got back into it.  I’m thinking about going in a different direction though.  If you guys followed my blog previously you already know that I primarily reviewed beers.  I had the opportunity to try a ton of different and unique beers that I may never have the opportunity to sample again.  That was all well and good and I enjoyed my time doing it, but as I moved along that craft beer journey I began to become a bit dissatisfied.  With reviews, as you guys know, analyzing the brews to any level of depth can become a bit tedious and mind numbing (not to mention the expense of purchasing some of the more rare ones) and because of that I wasn’t able to enjoy the beer for what it was….  BEER!!!  I just simply love beer.  Always have and probably always will.

With that being said, I wanted to explore some different avenues with regards to the BeerApprentice.org site. Sure, I may occasionally do a review of a beer that I find distinct or special, but what I’d really like to focus on is the craft beer world in general.  Maybe concentrate on beer news, culture, beer festivals/events, beer history, interviews, etc.  Anything I could find interesting to read or write that I think you guys may enjoy too.

What do you guys think?  I’d be open to any suggestions, comments or criticisms.  I would really like to move this site forward and have a ton of interaction with readers and enthusiasts alike.

Thanks for all of the support everyone and stay tuned.  I hope to have a ton of great content.